Based on the parable of the same name, the Good Samaritan law establishes that any person who attempts to help a stranger should not be faced with legal action in response to their actions. This law offers protection to civilians when they offer assistance to ill, incapacitated, or otherwise imperiled individuals.

If a person is injured or in danger, good Samaritans can safely offer their protection and assistance without being fined, sued, or arrested for their actions. As long as the rescuer believes they are helping the victim, and the victim does not object to the help, the rescuer is protected by the Good Samaritan law.

In need of CPR or First-Aid certification?

This law can also refer to ‘Negligence’ laws, laws which require able-bodied and able-minded individuals to lend reasonable help in the event of an emergency. As long as the person in question can offer assistance without putting themselves at risk, they are legally required to help in any way possible. However, if they do not succeed in saving the victim, the Good Samaritan Law can protect them against legal action. These laws work in tandem to encourage able individuals to lend help, while still protecting rescuers from a legal backlash.

For example, a person who offers CPR to a stranger will not face legal repercussions if they accidentally cause harm to the victim while offering aid. However, if they consciously chose to ignore the victim, they can face a lawsuit for negligence. This law protects rescuers and encourages people to step forward in the event of an emergency.

Although there are many situations in which the Good Samaritan law can be used, it offers basic protection to those who attempt to help others in good faith.

Who can invoke the Good Samaritan Law?

While these laws do not extend to on-duty doctors, paramedics, or other rescue officials, the law does offer protection to:

Variations of this law are present in all 50 states in the USA, and can also be found in many foreign countries. In certain situations, this law can also include organizations or businesses offering help during a crisis.

This law does not excuse unprofessional/reckless conduct performed by on-duty emergency personnel or medical professionals. Because they have a fiduciary relationship with their patients, they are bound by different laws and codes of conduct. This law also excludes individuals who are acting with ulterior motives, such as a desire for money, fame, or other rewards. The Good Samaritan law was created to protect individuals who acted in good faith, not those with selfish intentions.

Consent by the victim must be given to render help. If the victim visibly and/or vocally objects to help and the rescuer continues to give it, they can be faced with legal repercussions. For example, if an individual insists that they do not require assistance, a civilian should not try and administer care to them without their permission. Exceptions to this can include:

In certain states/jurisdictions, the Good Samaritan law only protects individuals with certified first aid training. Within these jurisdictions, an untrained/uncertified rescuer can be held liable for errors made during their treatment. The common belief is that they should not have stepped forward without being properly trained. It is important to know the specifics of your jurisdiction’s Good Samaritan law, so be sure to do state/specific research as soon as possible.

An example of Good Samaritan law includes a situation involving a mother, child, and a well-meaning bystander. If the bystander witnesses an accident and believes the mother and child are in grave danger (the car is sinking underwater, the car is on fire, etc.), they should pull the victims from the car. In this situation, the child sustained a spinal cord injury and should not have been moved. By pulling them from the vehicle, the bystander unknowingly exacerbated the injury.

However, they cannot be held accountable for the child’s worsened condition because:

In this case, the mother cannot sue the bystander for helping, and she cannot demand reparation for her child’s condition. The bystander acted with good intentions, and rendered help voluntarily. They did not intend to cause damage and were not told to stop, so they are therefor protected by the Good Samaritan law.

However, if the victims had not been in danger, the bystander could be charged with reckless behavior. If the car was not on fire, sinking, or at risk of a second collision, the bystander should have left them in the car and called for emergency help. Pulling the child from the car without good reason could be classified as negligent behavior, as the bystander did not consider the effects of their actions.

In other situations involving negligence, the bystander could be faced with legal action for choosing to ignore the victim. If serious injury or death could have been avoided with a bystander’s help, the bystander can be charged for choosing to do nothing. An example of this goes as follows: A person in your vicinity falls unconscious or suffers a heart attack/seizure/stroke, and instead of calling emergency services or attempting to help, you choose to ignore the issue and do nothing. In this case, you can be charged with negligence by failing to lend help.

Duty-to-assist laws usually require bystanders to administer help, or at least dial 911. If the bystander is not trained in first aid, it is often recommended that they call 911 and calmly explain the situation before deciding on further action. They can then search for a trained person in the area, or stay with the victim until help arrives. Individuals with medical background and/or first aid training are required by duty-to-assist laws to remain with the victim and administer help until emergency services arrive.

In some cases, continuing to give aid can become unsafe for the rescuer, and they are no longer obligated to offer assistance. In these situations, they should get themselves to safety before calling for help. No rescuer is required to help someone if the process can put them in danger.

Other Countries with Good Samaritan Law

Other countries with Good Samaritan laws include:

While the ‘duty to assist’ law and ‘Good Samaritan’ laws in the UK are more lenient, there are still exceptions. You can be penalized for failing to take action if you are responsible for the accident, and you can also be persecuted for being grossly negligent/reckless during an emergency.

In Finland, it is expected that you act reasonably and without risk to yourself, but you should help those in danger. If you fail to act accordingly, you can be fined or sentenced to imprisonment for up to six months.

After the persecution of good Samaritans in 2006, the death of a toddler caused by neglect spurred the implementation of Good Samaritan law in China. The bystanders were afraid to help the child lest they be fined or persecuted themselves, so a law was established that would both punish idle onlookers and protect fault-less rescuers. The law went into effect in 2013.

Depending on the region, the Good Samaritan law can vary. In general, the law protects any individual that acted out of good faith, and did not cause the incident themselves.

According to German law, people who do not lend help during an emergency can be punished. However, Germany’s laws protect all good Samaritans, regardless of their training or effect on the victim. (I.e. Even if their help fails/worsens the victim’s condition, they will not be held liable.)

Good Samaritan law varies greatly between province. Typically, a good Samaritan will be protected from legal repercussions as long as they were not grossly negligent in their assistance. Quebec is the only province that has ‘duty-to-assist’ laws in place.

While they do not have ‘duty-to-assist’ laws in place, Ireland’s Good Samaritan law protects any and all people that attempt to offer help, care, or advice to an injured/in-danger individual. This does not include those who act with ulterior motives, or are grossly negligent in their care.

This list is not exhaustive, but it does show that Good Samaritan Law is present in most countries with civil law. While these laws can vary between state, province, or country, most places offer protection to those who help others in good faith.

There is no ‘good time’ to research these laws, as there is no telling when you might require this information. It is better to be informed and prepared than caught off guard in the event of an emergency. For more information, try looking up your jurisdiction’s Good Samaritan laws online, or seek out legal assistance.

What to read next: 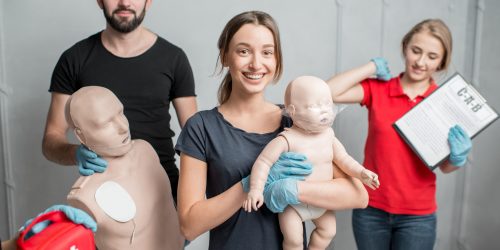 Free CPR Class Near Me

Cardiopulmonary resuscitation, or CPR, is a medical intervention technique that can save a life when 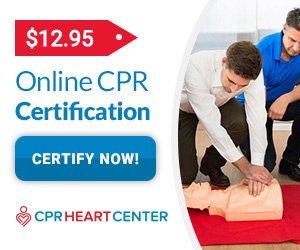 Share with your friends and help them SAVE 10% when they pass!

Thank You! Your referral email has been sent.
Click here to close this window
Close Window